“What’s that Free Pass for?”

I’m sitting at a bar, with an agenda in mind, and the recipient of my eventual inquiries beat me to the punch. Gone was the cascade of cool that was supposed to happen as the crunch of the first half of the football game faded, and suddenly I was up. I was supposed to deliver the Free Pass as an invitation to a Pecha Kucha Q & A I was conducting for the coming month’s presentation, wielding it as the cherry on top of my cool. Stammering, I awkwarded out:“It’s for you. It’s a piece of Socially Engaged Art. It’s kind of up to you. It’s a Free Pass to anything. If you throw it in your back pocket, it will make your life better.”
I flipped it over to save myself, following the prompts towards further face saving.

“Use It. Give It. It’s an opportunity for a conversation. It’s also about compassion. My friend made it by hand. It’s pretty bulletproof, which is kind of a tough pain-in-the-ass thing to do.” Between the small responses of inquiry in her whip smart tone, I could energetically tell it was okay to segue to my original purpose. I asked her if she had ever heard of Pecha Kucha, and if she might be interested in being interviewed by me. Being an ongoing conversation of yes, I slid my pad and paper towards her.

“You did all this just to get my number?”
In a way, I had. I was back in the bar because earlier as I sat jamming a pound of fried chicken into my face before I went to train my client, she walked in and took the air out of the room, replacing it with a jolt of electric danger. Her coworker, who had served me when the place was dead empty, and the time before when I wandered in to discover the new digs, had her attention shortly after entrance, and I relaxed it off. I thought dude was cool af, so it was dope to see her roll with barbs and punk tenacity. I get to places pretty quick with people, and it’s easy to earn my fanship, though I’ve made enough mistakes about things gone roguely social that to keep my weird close to the vest. Between the service side switch he was forced to pull on her behalf, and the tid bits of conversation about the least successful freezer door repair in this history of roommates, I could tell the girl was legit, so one more cider on her behalf was more than right. Wasn’t even late to the gym, so merci beaucoup, Muse.

As the Free Pass Embarressador, I proudly proclaim that I am too meta for my own good. I am to in my own head. Rolling with a recent relationship turned relationshit turned friendship, I was besotted with the morbs. Post training, post secret gardening, that very friend punked me about not asking for her number. In my defense, I don’t think of myself of anything more than a bunch of heartbreak, in most everything I touch. But fuck that! I had a Free Pass to defeat my own bullshit, and I actually do interesting ass things with my not yet so spectacular life. So I drove back, planned out the sequence of events on the ride there, and got the best seat at the bar. She smiled, and remembered what I drank. Lord help me, I’m in love with the bartender. Melancholia was just a movie. I hope I don’t die on this stool. Make sure you talk to the guy next to you. Don’t be weird before you attempt to defeat you being weird. It will totally ruin the whole thing. Go Pats, you idiot. Go Pats. Yes, I’ll have another.

“Hey what’s that? The Free Pass.”
The cool guy coworker was back, leaning in on what was going on as he juggled customer demands between the two sides of the house. And before I could really get more than Socially Engaged Art, she took up the torch. And then the coolest thing I had seen yet about the lightening transmission of this tiny idea’s connecting energy, a Free Pass artist born and blossomed before my very eyes. She popped, her barbarella furiousa channeled into a million miles per hour of support. This is the cocaine of art to the Eusocial Human. I piggybacked on her deft explanation of it, offering how it works in practice of using the concept of the two word story that is a “Free Pass”, and having heard him grumbling about some moments of distemper earlier, I told him how sometimes we need to give ourselves a Free Pass on someone else’s behalf. I’m a sucker for that part of this whole project. Sometimes you have to put people in a box, and wish them all the love, because contact is like licking a 9 volt battery. If you can give yourself the Free Pass for simply being honest you, you can save yourself a lot of trouble.

We meet 3:30, Tuesday. I wonder what she’s done with it since. How it’s fit her world. How it’s reconfigured space in her mind. What she’s made it be. I know my story, medias rheas like. What I’ve made it mean in the world of me.
Which is why I know I owe her one more. 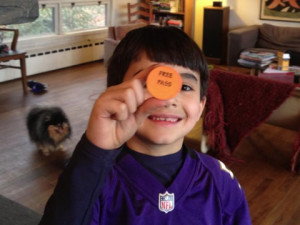